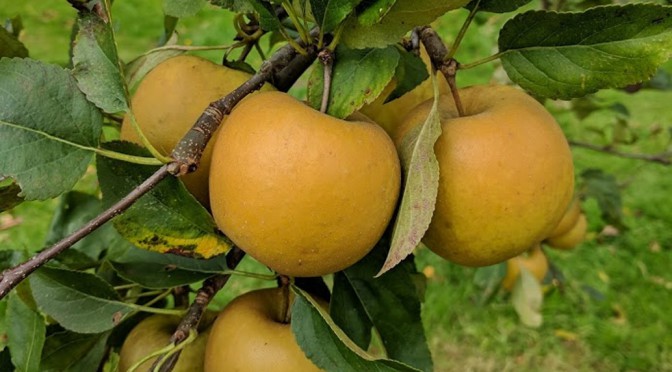 The Community Orchard Open Day, organised by the Friends of Bourne Wood, was well attended and thoroughly enjoyed by those who came.  There was live music from Bourne Folk Club, who play regularly at the Masons, Bourne and Wishing Well, Dyke.  They played two sets of lively music – a  mix of Irish, Folk, Country and traditional tunes.  People could either sit and listen, or wander and enjoy the ambiance of the orchard – or even dance as some were doing!

At lunch time the committee cut the cake celebrating 20 years of the Friends group, and this was shared amongst the helpers, with any excess supplementing the delicious cakes from the cake stall.  Teas and coffees were available to wash them down.

Children could try their hands at pebble painting or picture colouring, and while waiting for these to dry were able to play some traditional games, which adults also enjoyed. There were also craft stalls and a plant stall.

The Friends had picked some fruit from the orchard, both to show people the different types of apples and pears, but also so people could take some away with them for a small donation.  The Bourne Wood booklet was available

A huge ‘Thank You’ goes to Dean Hardy and the other musicians for their entertainment and to all our other volunteers who helped set up and look after the stalls on the day. 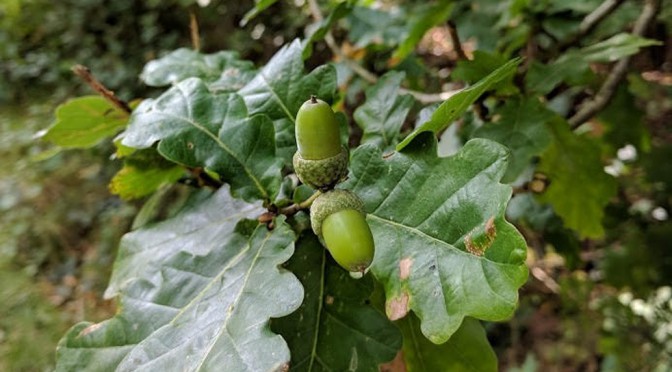 Around 25 people enjoyed a sunny Sunday afternoon walk looking at the fruits and nuts produced by trees, shrubs and plants within the wood.

The first shrub was an elderberry, with mention of using the fruit for jellies and syrup, and also the flowers for cordial, this was followed by a search for mast under the beech trees.  Continuing we studied the dogwood, which has its cultivated cousin in many gardens, larch trees with their cones, and the common blackberry or bramble – which apparently has numerous varieties.

We moved on to look at blackthorn which produces the fruit sought after by so many to make sloe gin, oak trees searching for the many types of gall and hawthorn with its brightly coloured berries so attractive to birds.  Various other species were discussed as we continued our way, including yew, guelder rose, rowan and crab apple.

On the way back we stopped to look at the wild service trees (which the group has as its emblem), these trees were planted on boundaries, have lovely white flowers in the spring and berries which can be made into jellies, although being brown in colour, are not very attractive or appetising!