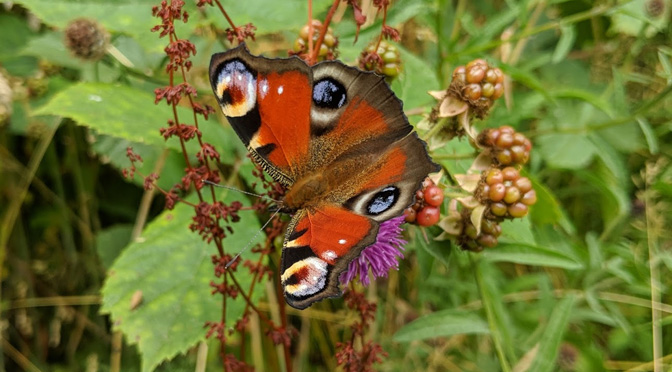 A large group of around 25 adults and children joined bug expert Dr Keith Porter to hunt for and identify insects in Bourne Wood.

We were blessed with fine weather as we have come to expect in this extraordinary 2018 British summer!

Before setting off, Keith demonstrated the various equipment we were going to use to seek out bugs and beasties. This included two types of nets plus beating trays. The latter is a framed square flat piece of fabric which is held underneath a bush to catch insects dislodged by striking a branch or bush with a stick.

We had a successful afternoon and found a wide range of insects and spiders on the margins of the main ride through the wood.

Ten species of butterflies were seen including several silver-washed fritillaries, which is Britain’s largest resident butterfly and particularly striking with its orange coloration and streaks of silver found on the underside of the wings.

At one stage, two brown hawker dragonflies observed us from above. This species is a large fast-flying dragonfly with distinctive golden-brown wings and which probably breeds in the ponds in the wood.

A Silver Y moth was captured and Keith explained that this day-flying moth was an annual immigrant from continental Europe. And finally, a very strange looking pale yellow-green spider was found. This turned out to be a crab spider. These spiders don’t spin webs instead relying on camouflage and ambush. They hide in flowers, where they prey on flies and bees. Some species can even change colour to match the flower they are on. 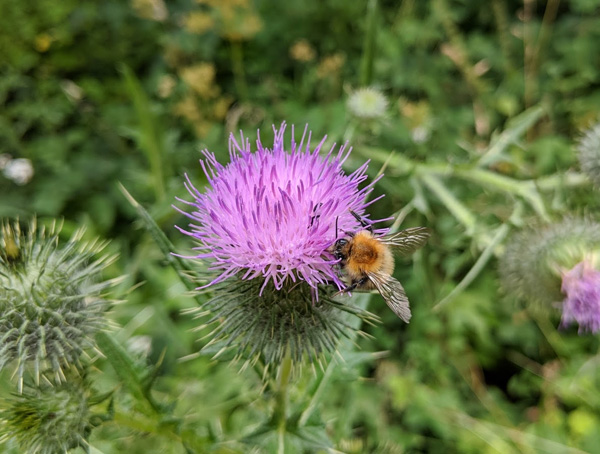 All in all, it was an interesting and enjoyable outing for the participants, and we are very grateful to Keith for sharing his expertise and enthusiasm with us.