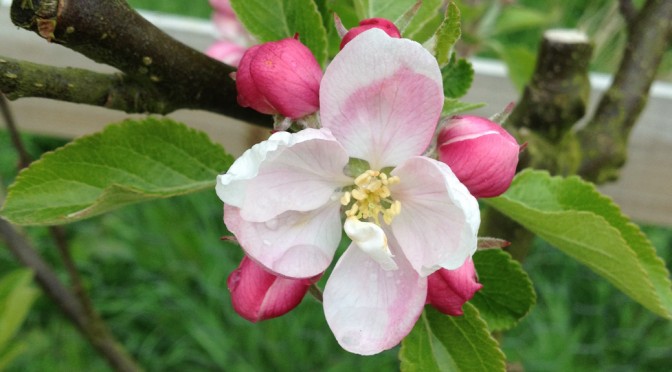 The Community Orchard Open Day was a success enjoyed by those who came. The Greenwood Quire entertained from 11.15am, dressed in costumes from the time, with their music from the 19th Century and readings from poets such as John Clare and Robert Browning.

After they had finished it was time for the fun dog show, with classes for everyone, starting with dog with the waggiest tail, including best young handler and finishing with the dog the judge would most like to take home. The classes were judged by Marjorie Briggs who helps fundraise for Three Counties Dog Rescue, and there were rosettes and treats for the winners and biscuits for the losers! Well done to all the winners and everyone who braved the weather to take part, the results are here, some staying for the whole show.

Whilst waiting for the show, there were teas and homemade cakes to be enjoyed, a huge plant stall, and children’s activities such as colouring and a trail to find the hidden insects.

The Mayor, Cllr Higgs and his consort, joined us for the Quire and a tour of the proceedings. Three Counties Dog Rescue had their Charity stall and the Lincolnshire Wildlife Group also joined us with a stall for the children.

The day was organised by the Friends of Bourne Wood to show off all the work which has been undertaken in the Orchard over the last couple of years, and to promote the orchard as a recreational space to be enjoyed at the weekends between 10am and dusk.

Many thanks to all the helpers, who struggled through some terrible weather, to make the day a success and thank you to the Greenwood Quire for entertaining us.

Anyone wishing to help the Friends in the future can come along on a Saturday morning or contact Sarah on 07760468052.